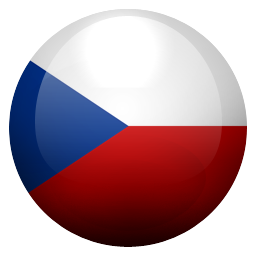 DRYING UP OF STREAMS DURING CLIMATE CHANGE
project of Technology Agency of the Czech Republic
(No. TA02020395)

The structure and functions of aquatic ecosystems can be identified and understood through both the study of ecosystems that are not affected (or minimally affected) by human activities and the study of the impact of various disturbances. Drying is one of the most significant stressors that significantly affect both abiotic and biotic conditions in streams. In some areas of the world (Australia, America) benthic communities are exposed to this phenomenon in the long term, in streams in central Europe, however, drying up of streams is not common and the communities are not adapted to such situations. The issue of drying up of small streams has recently become relevant due to the ongoing global climate change that does not avoid the Czech Republic and is currently manifested by increasingly fluctuating discharges in watercourses (drought / floods) and by a long-term decline of groundwater level, which leads to a much frequent drying up of streams. According to climatic model PRUDENCE a significant increase in water temperature in rivers (1,5 - 3 ºC) is also expected in the future.

Natural low discharges and drying up of watercourses is caused by various factors (hydrological, climatic or geological) and can be characterized by the frequency, duration of dry episodes or by the season in which it typically occurs. In the Czech Republic, considerable attention is given to floods at present but drying up of streams, which often affects large areas and has a comparable negative impact, remains mostly unstudied.

The basis of our approach is a method of retrospective biological indication of dry episodes that will be verified using hydrological data measured in the field or modelled using available data from meteorological monitoring. The use of aquatic invertebrates for such purpose is unique; a method employing biota for the detection of drying does not exist in Central Europe yet. The main reason is that the knowledge of the impact of droughts on biota is insufficient. Macroinvertebrate community is a good indicator of drying up of streams because (1) it changes significantly when drying occurs (these changes are especially marked in streams that dry up frequently), (2) the changes are noticeable for some time after the dry period ("memory effect"), and (3) benthic invertebrates occur in most streams including those that are unsuitable e.g. for fish. Detection of streams that dry up is based not only on a comparison of taxonomical composition of macroinvertebrate communities inhabiting permanent and intermittent streams but also on a comparison of their functional composition, i.e. biological and ecological characteristics of the species ("species traits"). The approach is based on a fact that species with characteristics that do not allow them to survive dry periods (inappropriate development cycles, feeding strategies, oxygen demands, etc.) are eliminated from the community.

The risk of desiccation in certain parts of the river network can be predicted by abiotic parameters such as climatic data that can be used to create maps of watercourses vulnerability to drying. This approach has not been confronted with the response of biota in streams or validated using real data from drying up streams. In the past, some projects evaluated drought in relation to agricultural production or low discharges in major rivers. Nevertheless, a method evaluating the effect of complete desiccation (i.e. disappearance of surface flow) in smaller streams (1-4 order according to Strahler) based on the confrontation with hydrobiological and meteorological data has not yet been developed.